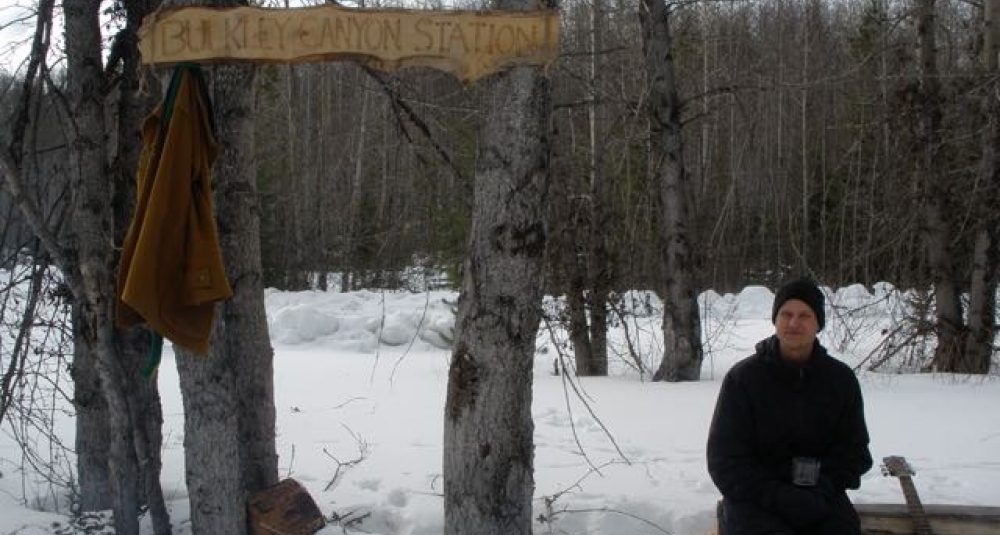 Some evenings we sit outside and play the echo game. The official rules of the echo game state that the echo game must begin with “Helloooooo”, then proceed on to various claps, fart noises, bird calls, and other sounds in the echo artists’ repertoire. (These days our repertoire includes “Hoooooootenanny”.)

Sometimes a train whistle joins us in the echo game, putting our small efforts to shame. Our ranch is located on the Bulkley Canyon Station Road, and the train tracks are on the the northern perimeter of our property, between us and the Bulkley River. The Grand Trunk Pacific Railway was built in the early 1900s to move grain from the Prairies to the port at Prince Rupert. The rail line is currently used by Canadian National Railway for freight and by Via Rail for passengers.

Contrast this with Highway 16, the highway connecting Prince George with Prince Rupert located south of our farm. This road, now the life-line for the Northwest, wasn’t completed until the 1950s. There are many small ghost-towns along the rail line, communities that dwindled away because they were only connected via the rail line and didn’t have access to the highway.

When you’re riding Via Rail between Prince George and Prince Rupert, you can still request a stop or book a pick-up at these tiny “stations” along the way. They are stations in name only - don’t expect a station house or a town or even a person to be there to greet you. In many cases you are dropped off in the middle of fabulous, remote wilderness, with maybe only a few gnarled fruit trees and a crumbled brick chimney to mark the place where people once lived.