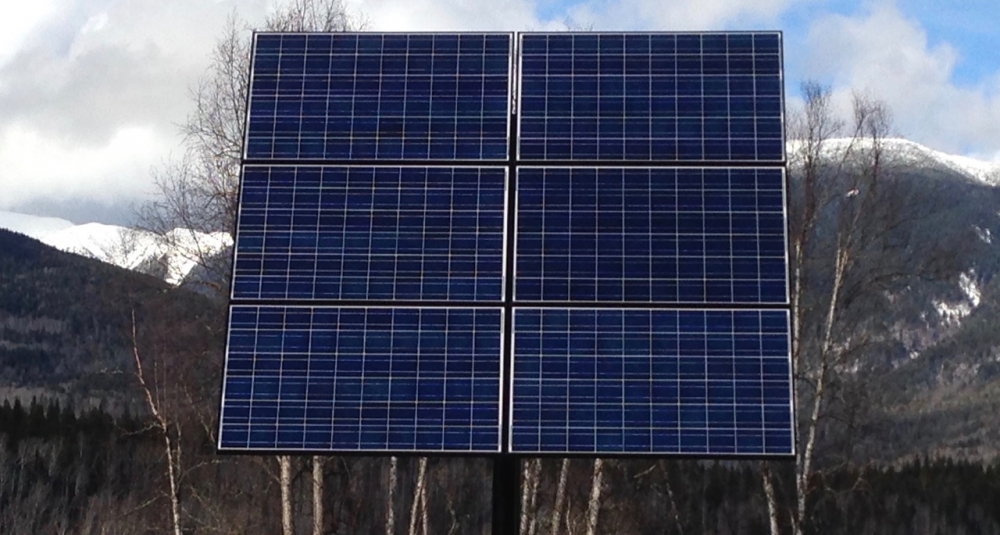 When we moved here in October 2010, our off-grid house had been empty for about six months and the kitchen was badly in need of a clean up. Given how quickly we took possession of our new home, we asked the realtor if he could arrange to hire some local housecleaners to speed up our moving in process. Unfortunately, the folks who were hired had no clue about solar power, battery banks and generators. Result? Nothing was cleaned as there was no running water, and no lights. We weren’t much better off our first week, but we did understand how to run a generator to charge up batteries and eventually found a user manual to explain how the solar panels worked. Even better, our neighbour at the time, also off-grid, had a small business re-selling and installing solar power systems and appliances. We also had another friend who had an even larger renewable energy business, Energy Alternatives, and he also provided much needed advice.

First on the list was to replace our battery bank, our generator, our well pump, and get a new DC powered freezer. And just last November, we added a new array of solar panels. Our system now consists of eight (8)- L16 batteries (deep cycle) and 2120 watts of solar power from two arrays 1. Six new panels at 250 watts each and 2. Four panels at 155 watts each.

Since installing the new array, we have been in total awe of how much more power we have. Even today, March 25, very cloudy, we are at maximum power. We have the luxury of using a dishwasher, something we have been dreaming about since we make a lot of dishes cooking from scratch and doing a lot of canning.

Sure, it is expensive to get into solar power but we look at it as part to the property cost and just add it on to the mortgage. We are saving $30 every week in generator fuel (and we are minimalist users, I”m sure most families would spend four times as much). It’s been two months since we’ve used the generator now and we couldn’t be happier. After all, one of the reasons we moved here was to reduce our carbon footprint and for us, being off-grid doesn’t mean running the generator all the time. It means energy conservation and renewable energy sources. Check out this website for a great introduction to how solar power works.